Following are the Classical Dance forms in India which were recognized by Ministry of Culture under Govt of India.

Bharata Natyam also spelled Bharatanatyam, is a classical Indian dance form that originated in the temples of Tamil Nadu.This dance form denotes various 19th- and 20th-century reconstructions of Sadir, the art of temple dancers called Devadasis. It was described in the treatise Natya Shastra by Bharataaround the beginning of the common era. Bharata Natyam is known for its grace, purity, tenderness, and sculpturesque poses. Lord Shiva is considered the God of this dance form. Today, it is one of the most popular and widely performed dance styles and is practiced by male and female dancers all over the world. 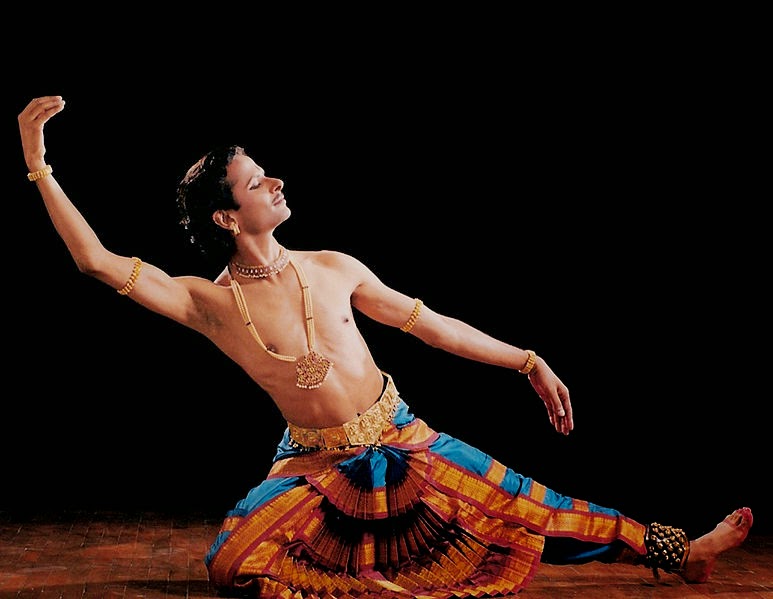 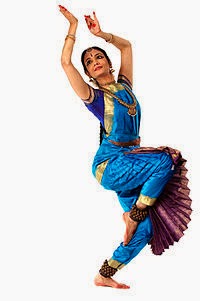 Chhau dance is a genre of Indian tribal martial dance which is popular in the Indian states of Odisha,Jharkhand and West Bengal. There are three subgenres of the dance, based on its places of origin and development, Seraikella Chhau, Mayurbhanj Chhau and Purulia Chhau. 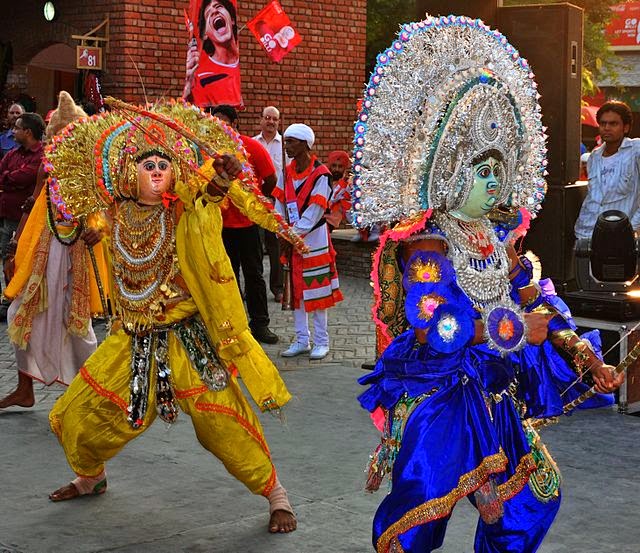 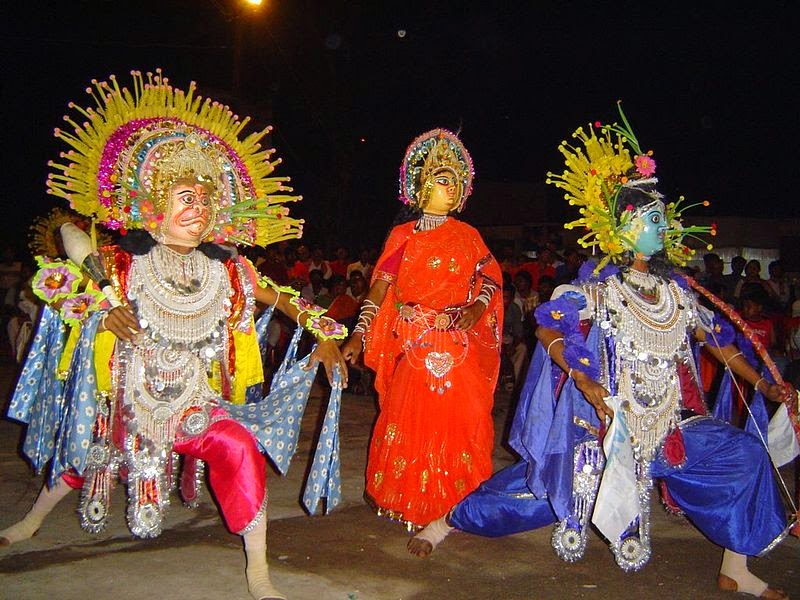 
Gaudiya Nritya (Bengali: গৌড় নৃত্য), or Gauriya Nritya, is a Bengali classical dance tradition.It originates from Gauda, also known as Gaur, in Bengal.
It has been reconstructed by Mahua Mukherjee.It is not recognised as an Indian classical dance by the Sangeet Natak Akademi, but study of it is eligible for scholarships from the Ministry of Culture of India. Scholarly reception of the reconstruction ranges from caution to scepticism. 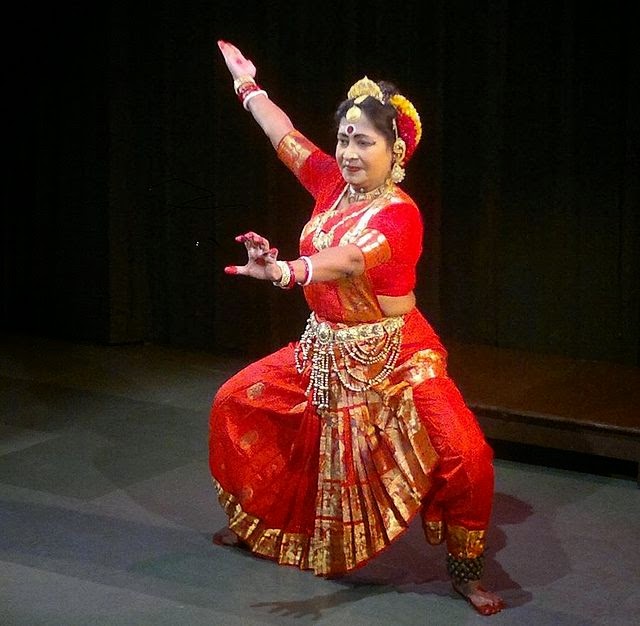 State(s) of origin : Northern India UP and Bihar


Kathak is one of the eight forms of Indian classical dance. This dance form traces its origins to the nomadic bards of ancient northern India, known as Kathakars or storytellers. Its form today contains traces of temple and ritual dances, and the influence of the bhakti movement. From the 16th century onwards it absorbed certain features of Persian dance and central Asian dance which were imported by the royal courts of the Mughal era.
The name Kathak is derived from the Sanskrit word katha meaning story, and katthaka in Sanskrit means he who tells a story, or to do with stories. The name of the form is properly कत्थक katthak, with the geminated dental to show a derived form, but this has since simplified to modern-day कथक kathak. kathaa kahe so kathak is a saying many teachers pass on to their pupils, which is generally translated, she/he who tells a story, is a kathak', but which can also be translated, 'that which tells a story, that is 'Kathak'.
There are three major schools or gharana of Kathak from which performers today generally draw their lineage: the gharanas of Jaipur,Lucknow and Varanasi (born in the courts of the Kachwaha Rajput kings, the Nawab of Oudh, and Varanasi respectively); there is also a less prominent (and later) Raigarh gharana which amalgamated technique from all three preceding gharanas but became famous for its own distinctive compositions. 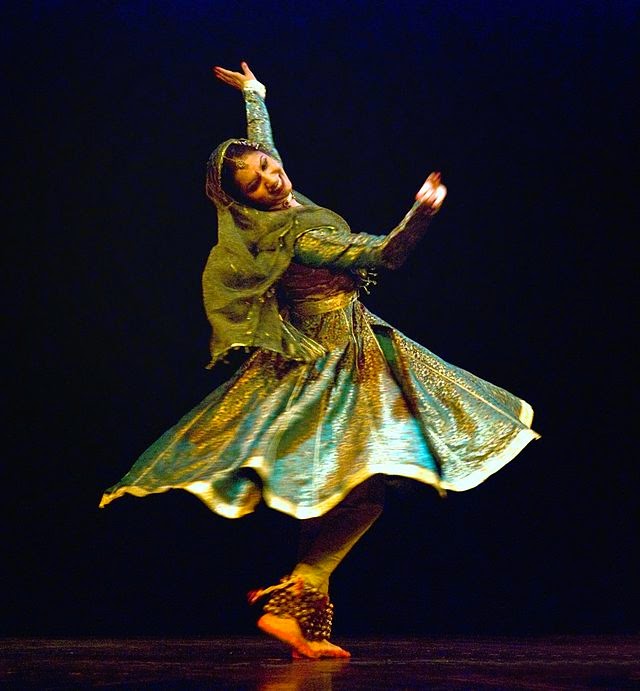 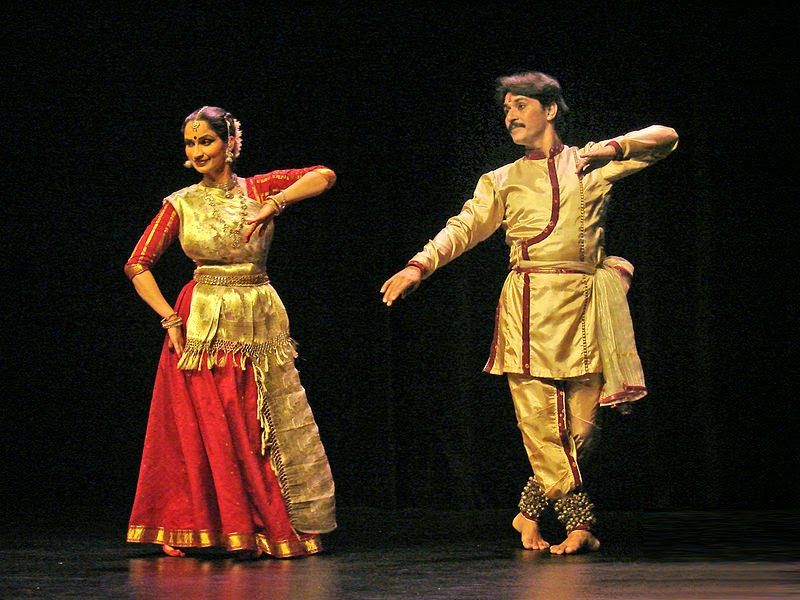 Kathakali (Malayalam: കഥകളി, kathakaḷi; Sanskrit: कथाकळिः, kathākaḷiḥ) is a stylized classical Indian dance-drama noted for the attractive make-up of characters, elaborate costumes, detailed gestures and well-defined body movements presented in tune with the anchor playback music and complementary percussion. It originated in the country's present day state of Kerala during the 17th century and has developed over the years with improved looks, refined gestures and added themes besides more ornate singing and precise drumming 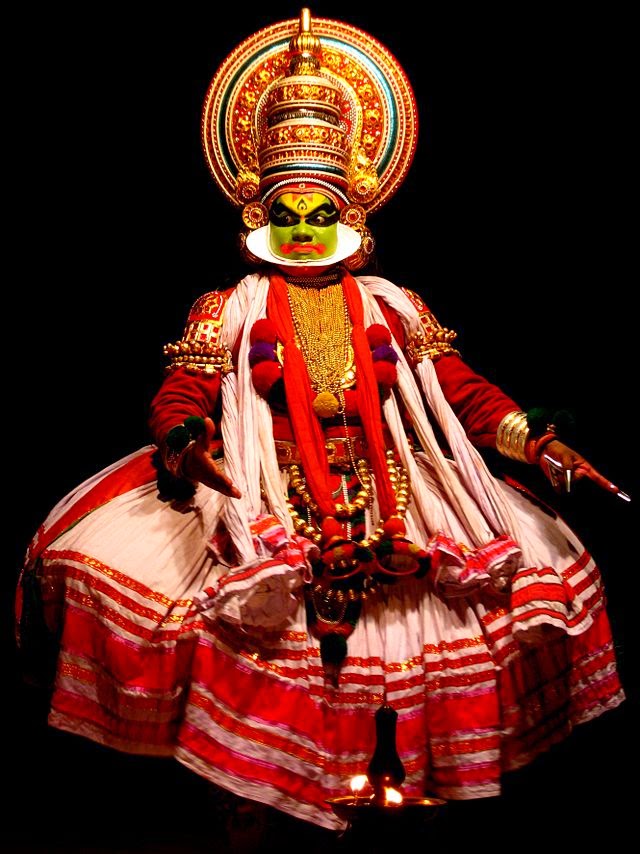 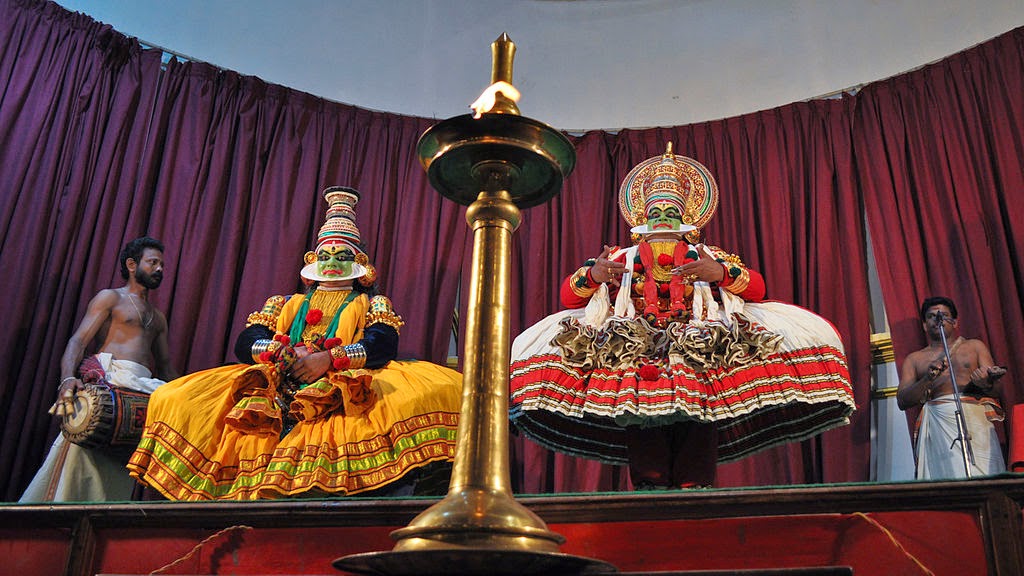 Kuchipudi (కూచిపూడి) is a Classical Indian dance from Andhra Pradesh, India. It is also popular all over South India. Kuchipudi is the name of a village in the Divi Taluka of Krishna district that borders the Bay of Bengal and also the surname of the resident Brahmins practicing this traditional dance form, it acquired the present name. 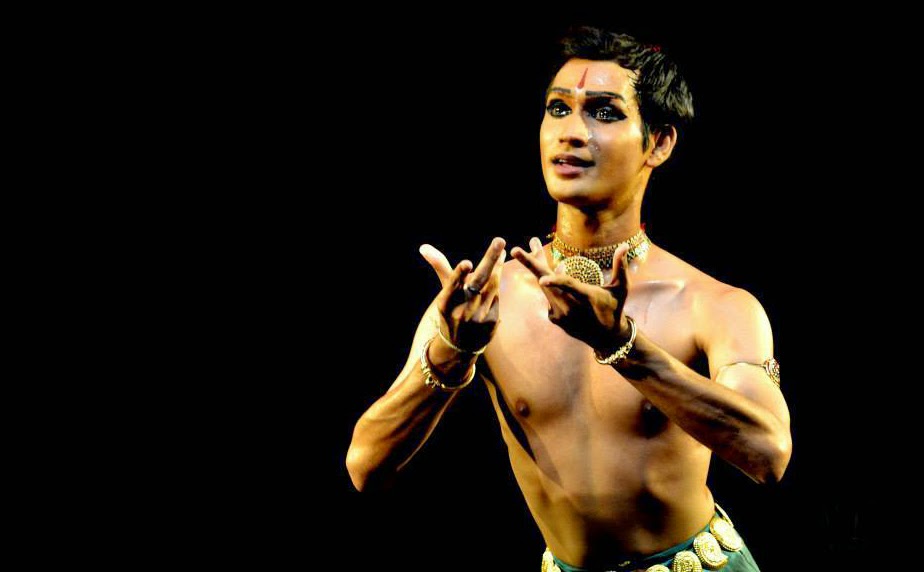 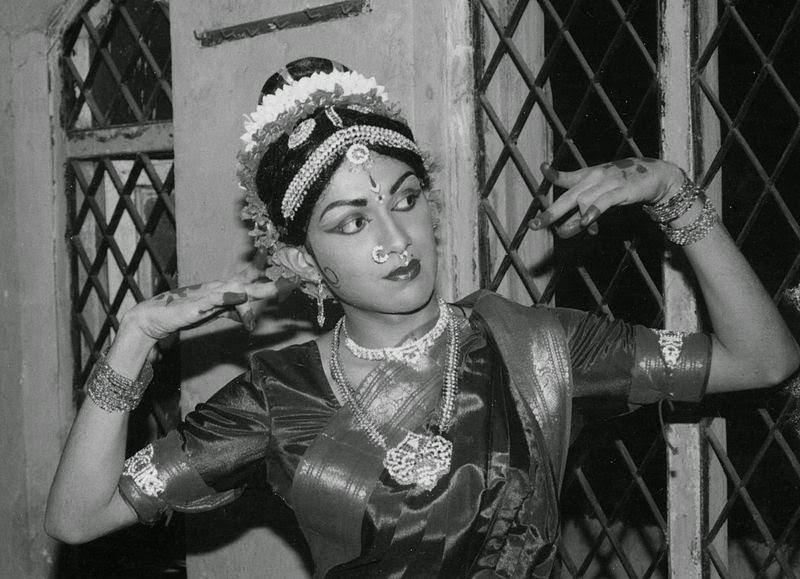 State(s) of origin : Manipur
Manipuri is the synonym of Meetei or Meitei. Meetei is an endonym and Manipuri is an exonym. 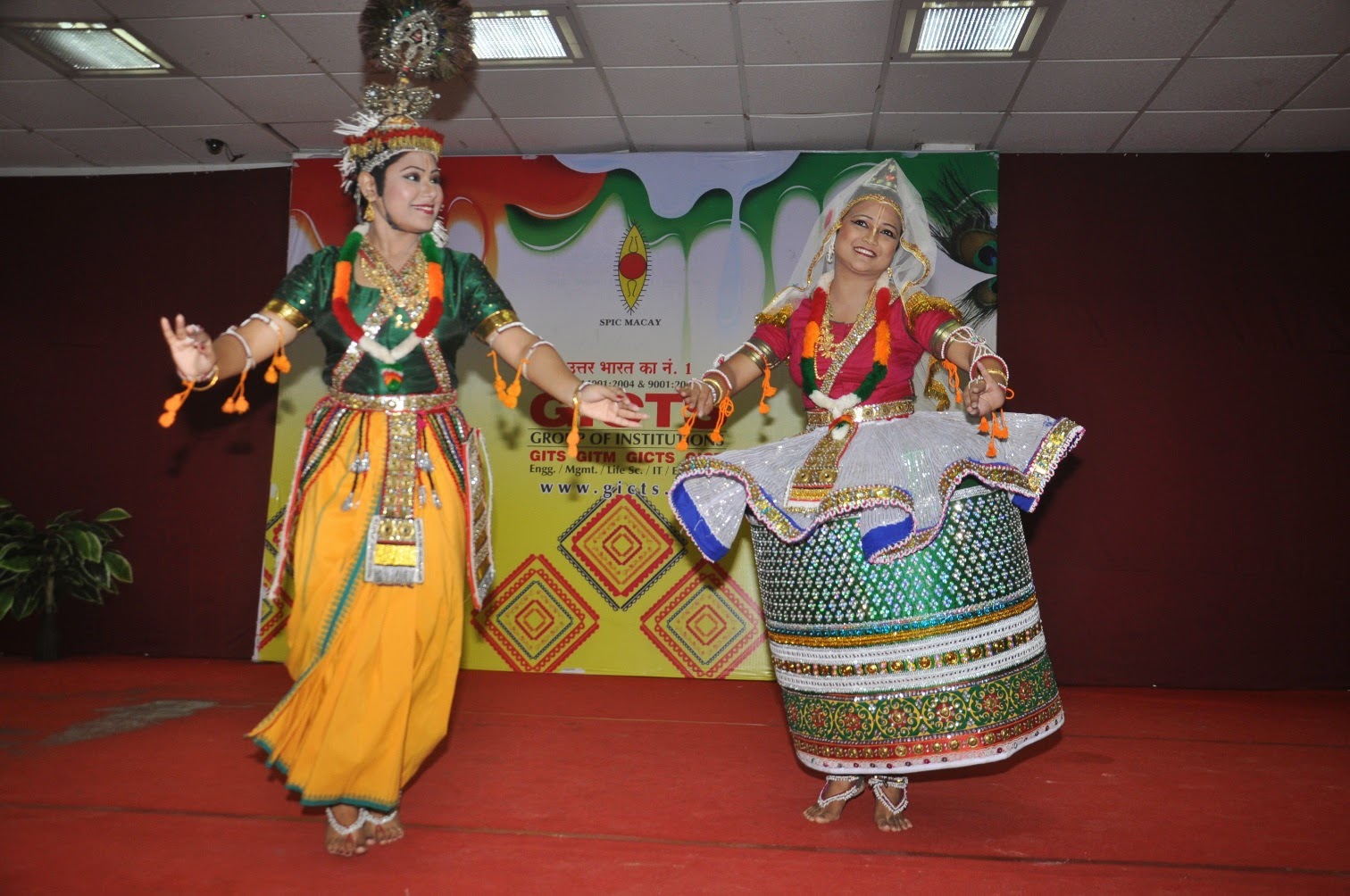 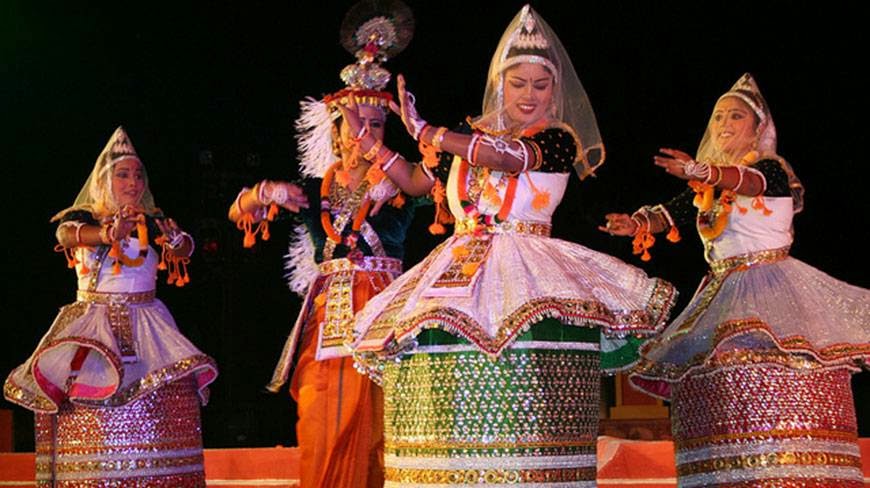 
Mohiniyattam, also spelled Mohiniattam (English-Female Devils Dance), is a classical dance form from Kerala,India. Believed to have originated in 16th century CE, it is one of the eight Indian classical dance forms recognised by the Sangeet Natak Akademi. It is considered a very graceful form of dance meant to be performed as solo recitals by women.
Mohiniyattam was popularised as a popular dance form in the nineteenth century by Swathi Thirunal, the Maharaja of the state ofTravancore (Southern Kerala), and Vadivelu, one of the Thanjavur Quartet. Swathi Thirunal promoted the study of Mohiniyattam during his reign, and is credited with the composition of many music arrangements and vocal accompaniments that provide musical background for modern Mohiniyattam dancers. The noted Malayalam poet Vallathol, who established the Kerala Kalamandalam dance school in 1930, played an important role in popularizing Mohiniattam in the 20th century. 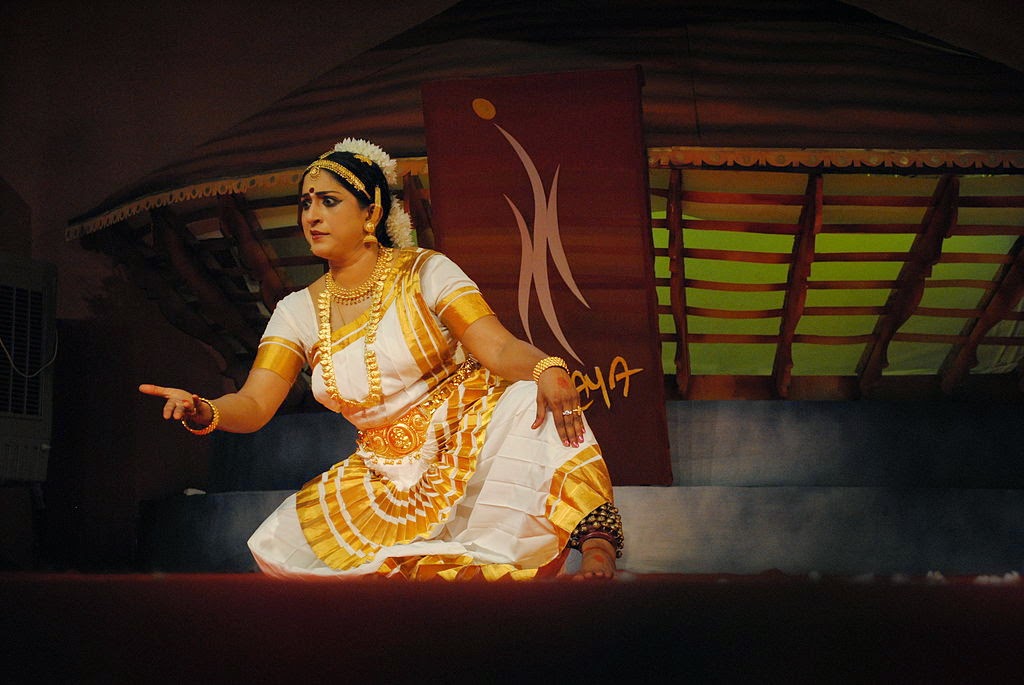 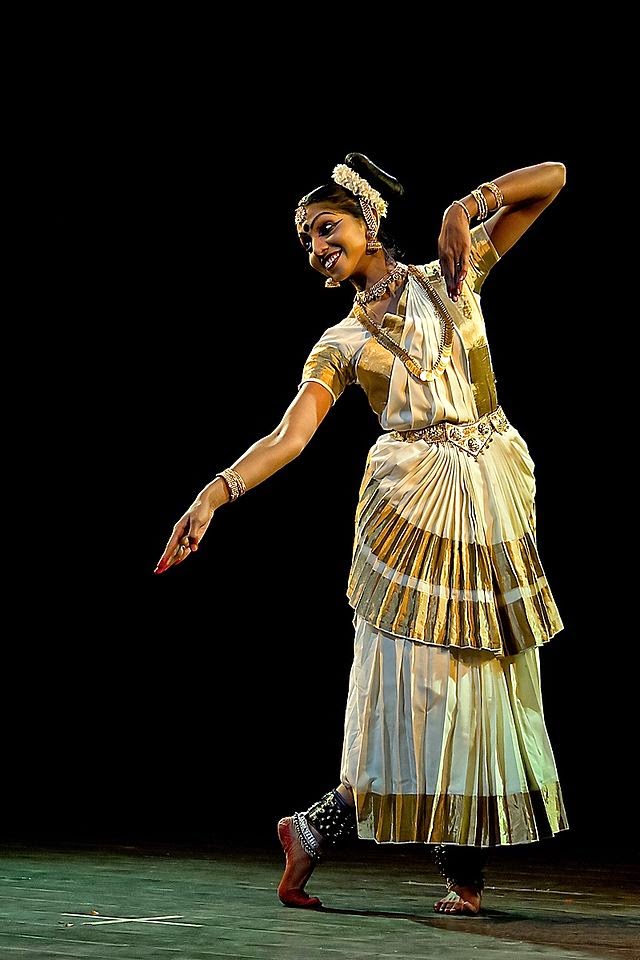 State(s) of origin : Odisha
Odissi, also known as Orissi, is one of the eight classical dance forms of India. It originates from the state of Odisha, in eastern India. It is the oldest surviving dance form of India on the basis of archaeological evidences.The classic treatise of Indian dance, Natya Shastra, refers to it as Odra-Magadhi. 1st century BCE bas-reliefs in the hills of Udaygiri (near Bhubaneswar) testify to its antiquity. It was suppressed under the British Raj, but has been reconstructed since India gained independence. It is particularly distinguished from other classical Indian dance forms by the importance it places upon the Tribhangi (literally: three parts break), the independent movement of head, chest and pelvis and upon the basic square stance known as Chauka or Chouka that symbolisesLord Jagannath. This dance is characterised by various Bhangas (Stance), which involves stamping of the foot and striking various postures as seen in Indian sculptures. The common Bhangas are Bhanga, Abanga, Atibhanga and Tribhanga. 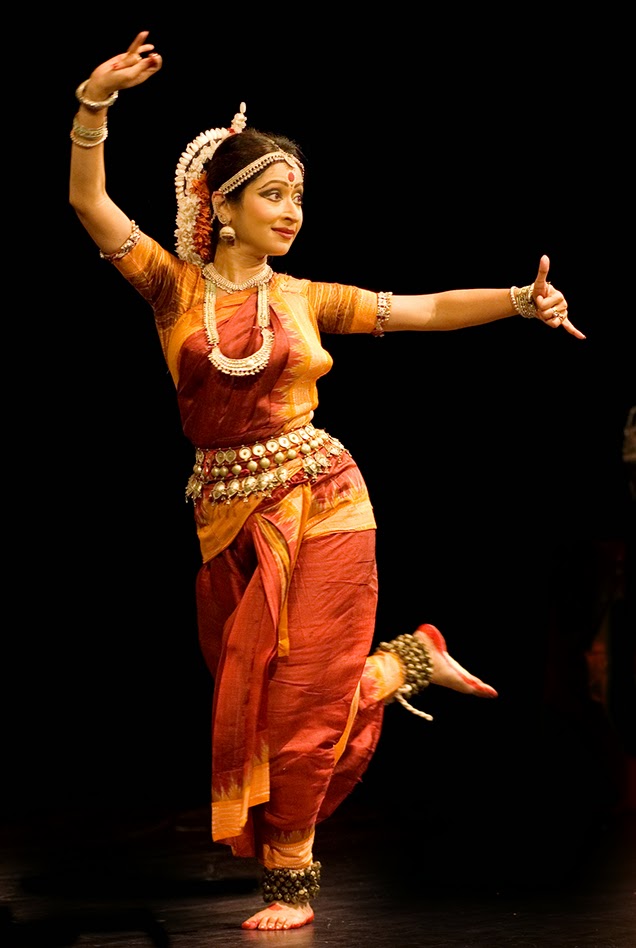 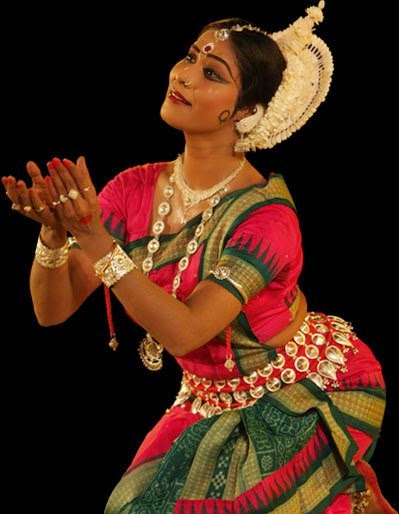 
Sattriya or Sattriya Nritya (Assamese: সত্ৰীয়া নৃত্য), is one among the eight principal classical Indian dance traditions. In the year 2000, the Sattriya dances of Assam received recognition as one of the eight classical dance forms of India. Where as some of the other traditions have been revived in the recent past, Sattriya has remained a living tradition since its creation by the founder of Vaishnavism in Assam, the great saint Srimanta Sankardev, in 15th century Assam.
Sankardev created Sattriya Nritya as an accompaniment to the Ankia Naat (a form of Assamese one-act plays devised by him), which were usually performed in the sattras, as Assam's monasteries are called. As the tradition developed and grew within the sattras, the dance form came to be called Sattriya Nritya.Today, although Sattriya Nritya has emerged from within the confines of the sattras to a much wider recognition, the sattras continue to use the dance form for ritualistic and other purposes for which it was originally created circa 500 years ago. 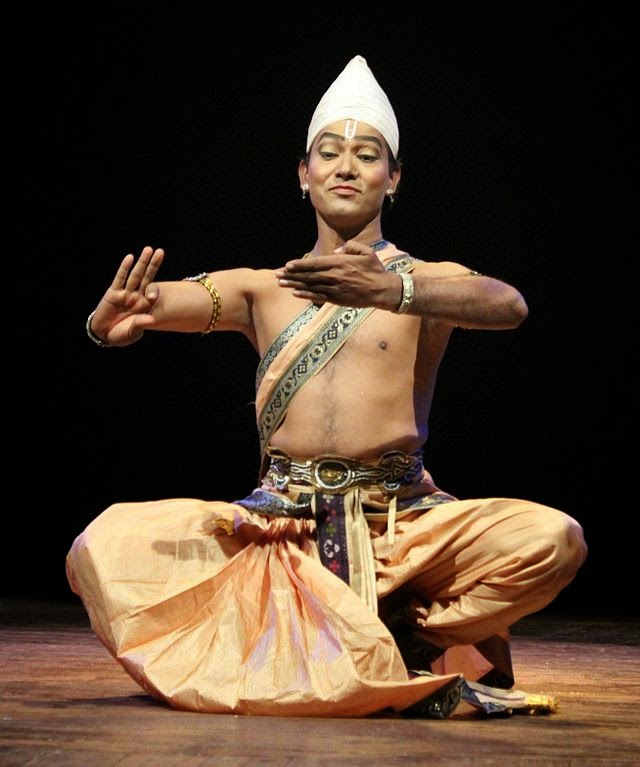 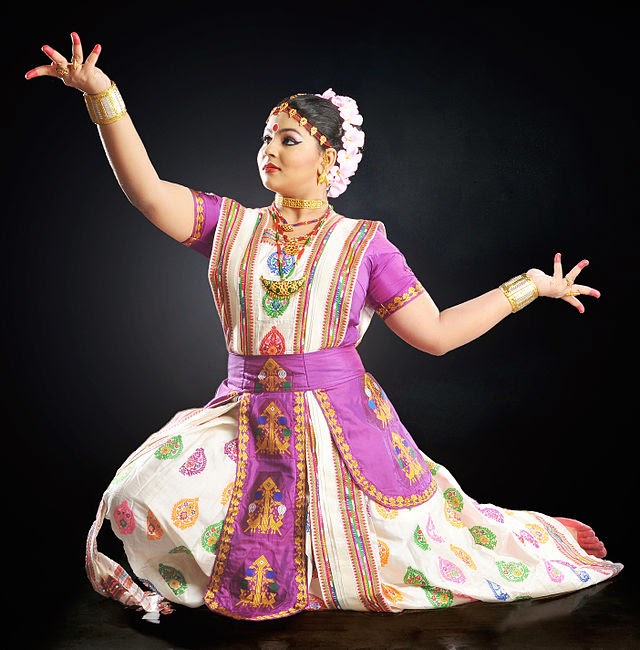 
Thang Ta is performed in Manipur state of India.
'Thang' means sword and 'Ta' means spear.
In this art, movements of sword intended to ward off evil spirits is shown while other dance moves indicate protection.
It is recognised by the Ministry of Culture of the government of India as a classical dance form of India, but not by the Sangeet Natak Akademi. 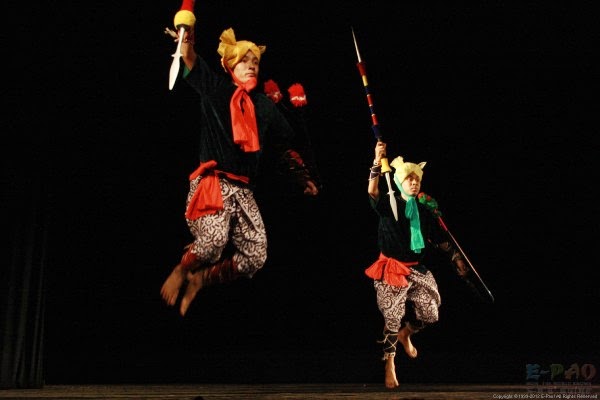 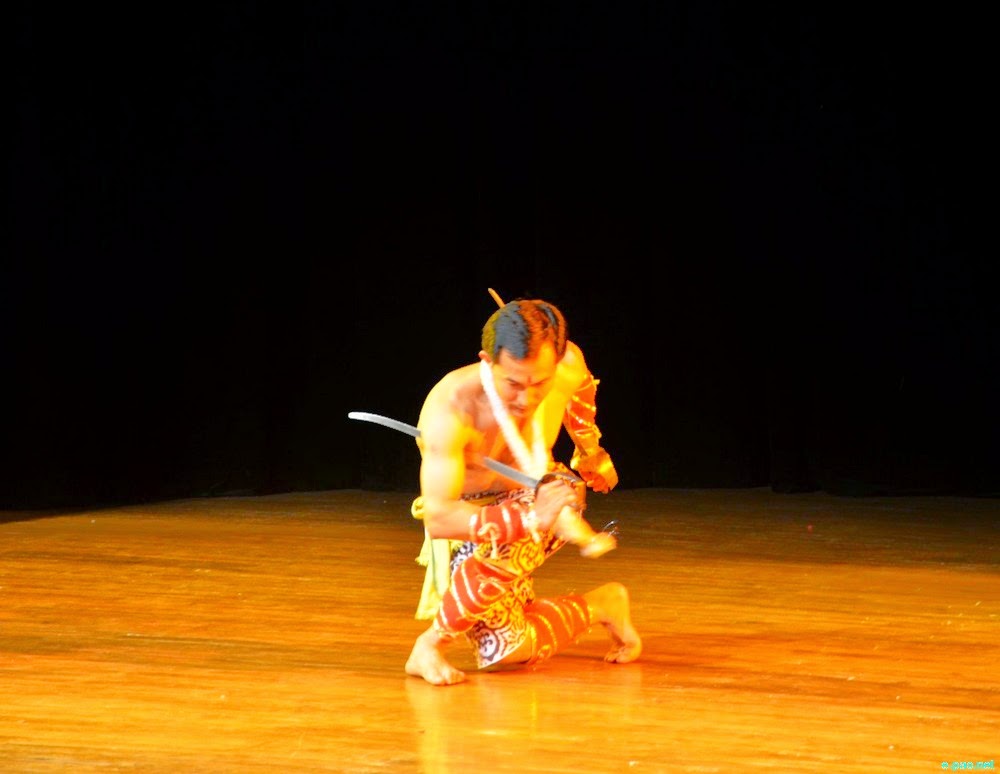 Source: internet
Click on the images to maximize
Posted by Uday Shankar B at 14:18

Email ThisBlogThis!Share to TwitterShare to FacebookShare to Pinterest
Labels: education